Snippets from a recent NACS article: NACS Cool New Products: Where Are They Now? 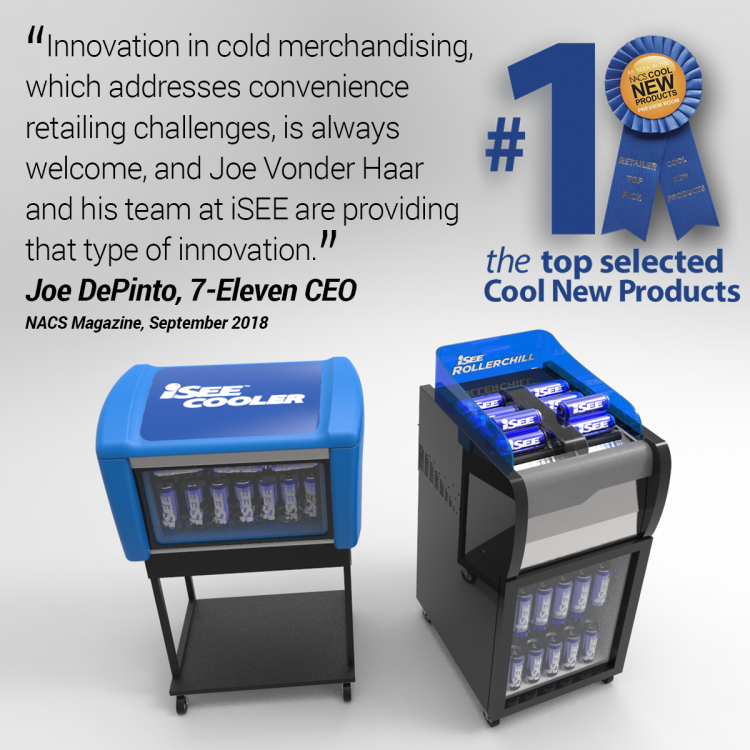 ‘With the iSEE Icelight Cooler, being in the top 10 at the CNP Showcase generated a significant amount of booth traffic we weren’t expecting,’ said Joseph Vonder Haar, CEO and partner at iSEE Store Innovations. ‘The buzz we got as a little-known company put us on the map. It was probably the best spend we did marketing-wise for that year.’

The company did sell a number of the LED coolers, but the bigger sales came from retailers visiting the booth and discovering the other products the company offered. ‘The LED cooler brought people’s attention to our booth and products,’ Vonder Haar said.

After the 2016 Show, several major c-store chains, including Circle K and 7-Eleven, began pilot programs with the iSEE RollerChill Fridge.

‘Innovation in cold merchandising, which addresses convenience retailing challenges, is always welcome, and Joe Vonder Haar and his team at iSEE are providing that type of innovation,’ said Joe DePinto, 7-Eleven CEO.