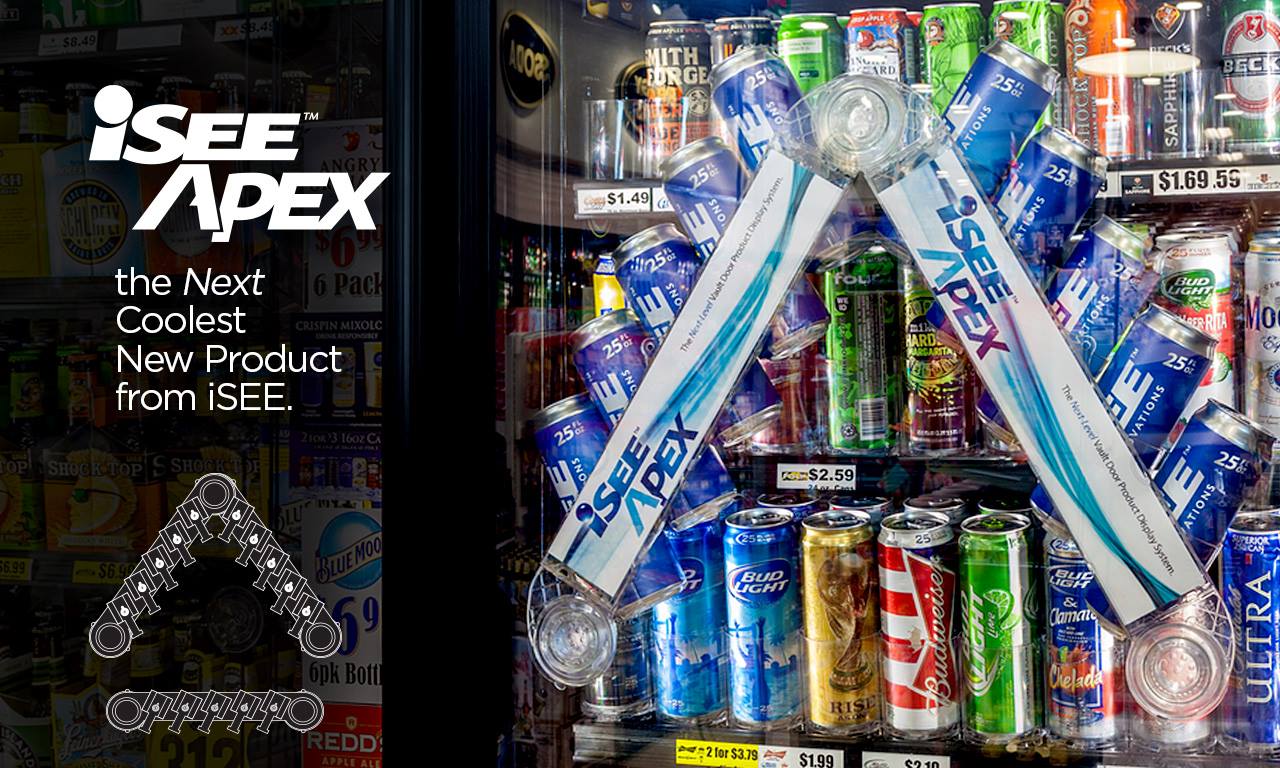 It all started with a simple request from one of our CPG partners: “we need a suction cup rack that actually sucks.”

That ask had the iSEE team looking at existing suction cups on the market and how they could be improved to actually suck. From that idea to the actual launch of the APEX suction racks, iSEE met with retailers, wholesalers and beverage companies to determine if the concept would work within the retail reality.

“The DisplayLoc development process proved our theory that merchandising solutions that address the reality that retailers face provide the best results,” said Joe Vonder Haar, CEO and founding partner of iSEE Store Innovations. “Over the nearly 18 months from discovery to design to delivery, it was an exhilarating and arduous process to be able to fully solve against the key retail needs of a no-rattle, no fail single-serve display.”

The final result was a product that didn’t just suck: it improved on the standard industry suction cup racks in a number of ways.

“It’s the only system that can mount vertical or horizontally, with infinite ways to mount,” said John Thomas, iSEE’s vice president of industry development. “It’s flexible for multiple sizes and (most importantly) does not fail. The fact that Circle K has used in most of their divisions is very impressive.”

“The ability to put branding in seems like a small thing, but it was really difficult to do with traditional suction cup units,” said CJ Watson, former vice president of small format sales at Anheuser-Busch and current vice president of retail sales at JUUL. “Oftentimes, we run into challenges where there’s thousands of items that can be purchased in a c-store—you bring a new item in and it might not stand out. With the APEX unit and the ability to brand, people are able to see out branding the way we want them to see our branding: before they open the door.”

Yet the biggest perk of the APEX cooler door rack might just be its longevity.

“Comparing the iSee Displayloc system to other alternatives, although there was a higher initial investment, the ROI analysis made this an easy decision,” said James McNutt, president of Midwest Petroleum. “We have now had Apex units in our stores for over two years and they are still functioning, without fail on our heaviest and largest single serve items.”

“Seeing initial test markets still utilizing the original Apex units sent in 2014 is a testament to the ROI that DisplayLoc can deliver,” adds Joe V.

Click here to read more about the Displayloc difference.